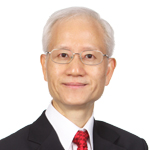 Over the past 38 years of his legal career, Henry has participated in numerous many large real estate development projects, BOT project finance, corporate finance, IPOs, corporate M&A and telecom patent rights international licensing and enforcement. Henry joined Baker & McKenzie Hong Kong office in 1978 as a fee earner and as an associate in real estate practice until he resigned in late 1992. He was one of the two co-founders of the Property Department of the firm. In late 1992, Henry co-founded a local law firm named So Keung Yip and Sin with four Ex-Baker lawyers. Since then he gradually changed and moved his practice area to general corporate and commercial law, cross-border M&A with emphasis on oil and gas, mining and mineral resources, and started to develop corporate finance, IPO, debt and equity securities and securitization and etc. In October 2009, he resigned from So Keung Yip & Sin and joined K. C. Ho & Fong as a partner where he continued to develop the areas of practice mentioned above. In 2011, he retired from K. C. Ho and Fong and joined ONC Lawyers as a corporate and commercial partner until now.